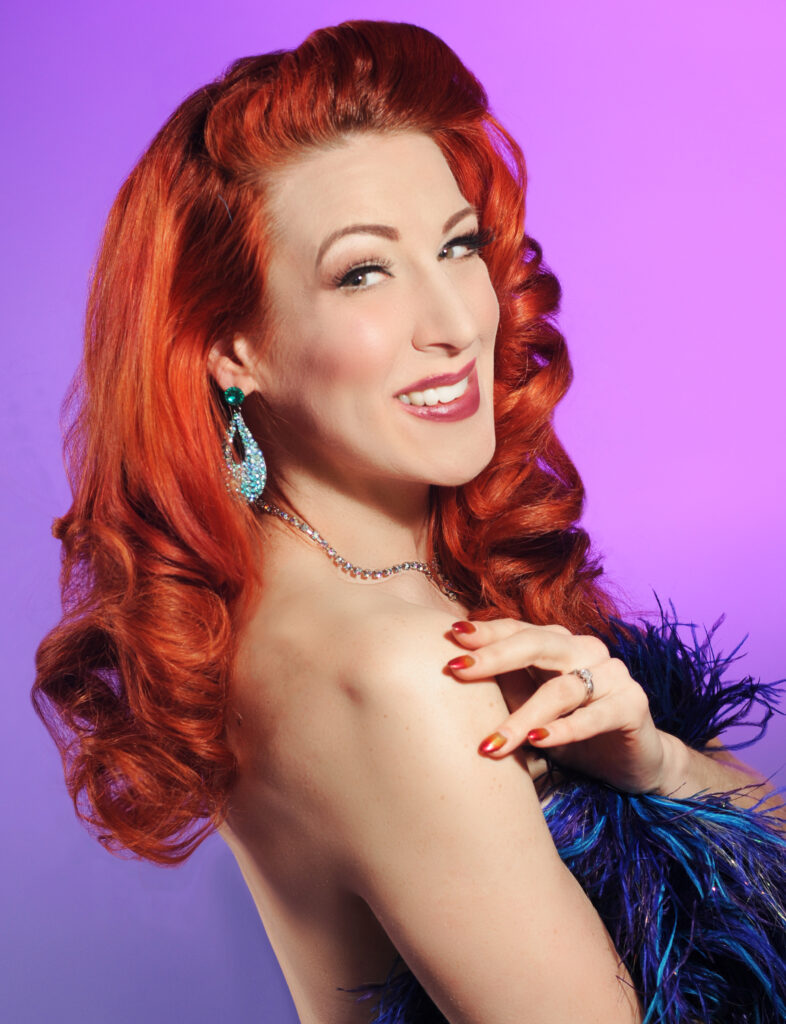 Listed as one of the top 10 burlesque performers of Canada two years running, Burgundy was also awarded "Best Soloist" at the Boston Burlesque Expo of 2012. She was selected to compete for the title of "Reigning Queen Of Burlesque" in 2012, 2013 and 2014 by The Burlesque Hall of Fame in Las Vegas. She has also been featured as a headliner and instructor at numerous arts festivals and conventions. She is the Artistic Producer of Kitty Nights Productions (winner of "Vancouver's Best Burlesque Show" for the past 6 years running in The Georgia Straight's annual reader's poll). Burgundy also had the honour of performing one of her original burlesque cabaret pieces at Canada's National Centre for The Arts in Ottawa.

A professional singer, dancer, actress, comedienne and neo-burlesque artist, Burgundy practices these skills both individually and merged to create neo-cabaret performance art. She holds a Bachelor of Arts degree in Theatre with a Minor in Dance. While located in New York City, she performed professionally for Radio City Productions (The Radio City Christmas Spectacular starring The Rockettes), Atlantic City Casinos (Broadway on the Boardwalk), as a singer for Norwegian Cruise Lines (Jean-Anne Ryan Productions) and more. Regional theatre work includes both musical and dramatic work under both AEA and AGVA.

An accomplished creative designer, she constructs all her own costumes and props as well as writing original material for her various productions.