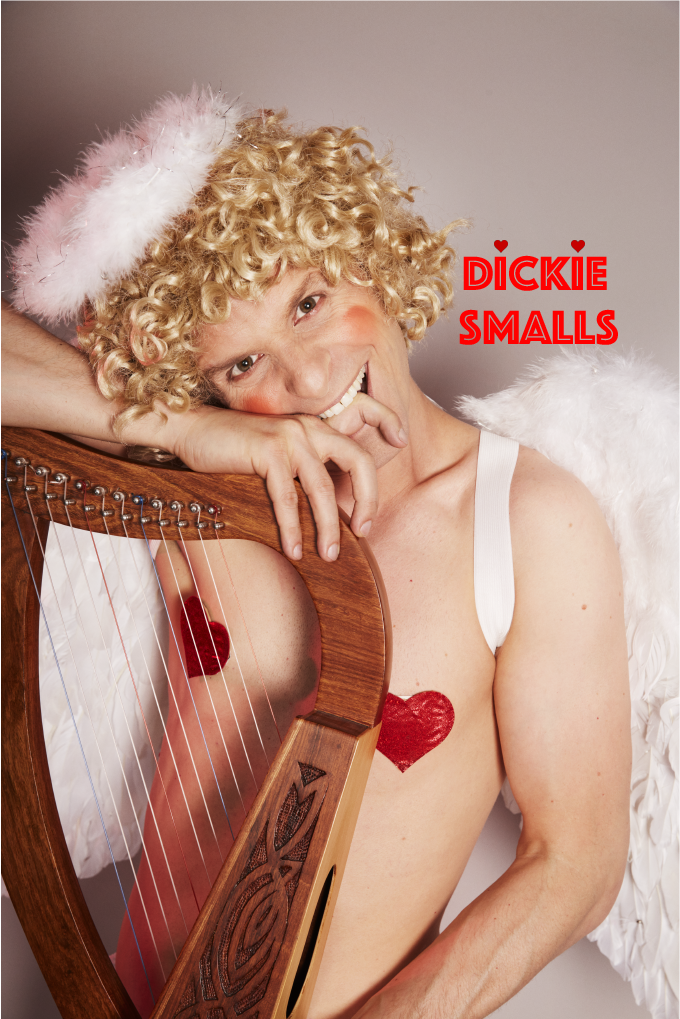 DICKIE SMALLS- “The Modern Vaudevillian”
After his mama left him in a basket under the big top, Dickie Smalls was raised by circus folk, cut his teeth as a variety artist in Vaudeville and has since expanded into Boylesque. Equally comfortable performing on his hands as he is on his feet, making music or performing silently as a mime, making things appear as well as magically making his clothes disappear before your very eyes. A veritable conundrum of backwards-writing, ukulele-strumming, prat-falling, eccentric-dancing, fire-loving performer and that ain’t no balderdash! Dickie Smalls: The Song & Dance/Pants & No Pants Man!