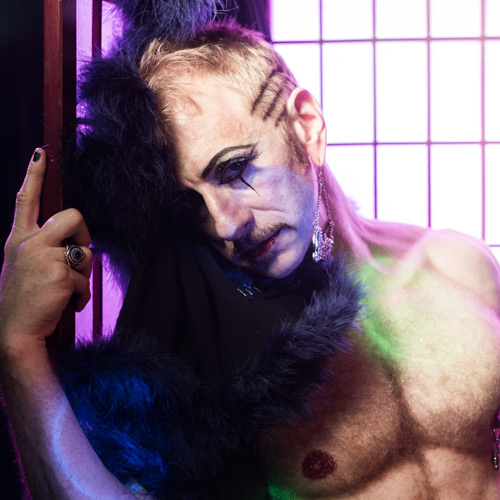 "The Godfather of Neo-Boylesque" is a burlesque artist/actor/dancer who has performed in NYC since 1988 & around the world since 1993. A pioneer in the 1990s burlesque renaissance who won the 1st-ever "Mr. Exotic World/King of Boylesque" title at the Burlesque Hall of Fame in Las Vegas 2006. He won numerous Golden Pastie Awards, including "Most Likely to Get Shut Down by the Law" & "Most Unpredictable Performer." His act was banned in Rome. He has headlined all around Europe, Australia, North America & South America.

Press: "a fantastically watchable naughty satyr" by The Scotsman, "disturbing, funny and oddly riveting all at once" by Vancouver Sun, "the Boylesque King...a heart-pounding climax" by LA Weekly, "Tigger! the Godfather of Boylesque MC’s the show, and also steals it...with Tigger! at the helm, you can’t help but have a blast." by EdFestMag, "hysterical and acrobatic" and "wickedly arch" by The New York Times, "delightful... simultaneously hilarious and titillating" by TheaterMania, "a brilliant satirist" by examiner.com, "the Taboo-Defying Dynamo" by NEXT Magazine.